To Be, Or Knot to Be: Knotless Box Braids

Braids play a significant role in black culture and date as far back as 3500 B.C. They were more than just a hairstyle, they were an indication of societal status; braids could specify your marital status, your age, or even which tribe/clan you belonged to. During slavery, African-American women used braids because they were low maintenance and lasted through their full work days. They would also weave cryptic messages and maps into their hair, for instance, the amount of roads people needed to walk could be counted by how many plaits were worn. 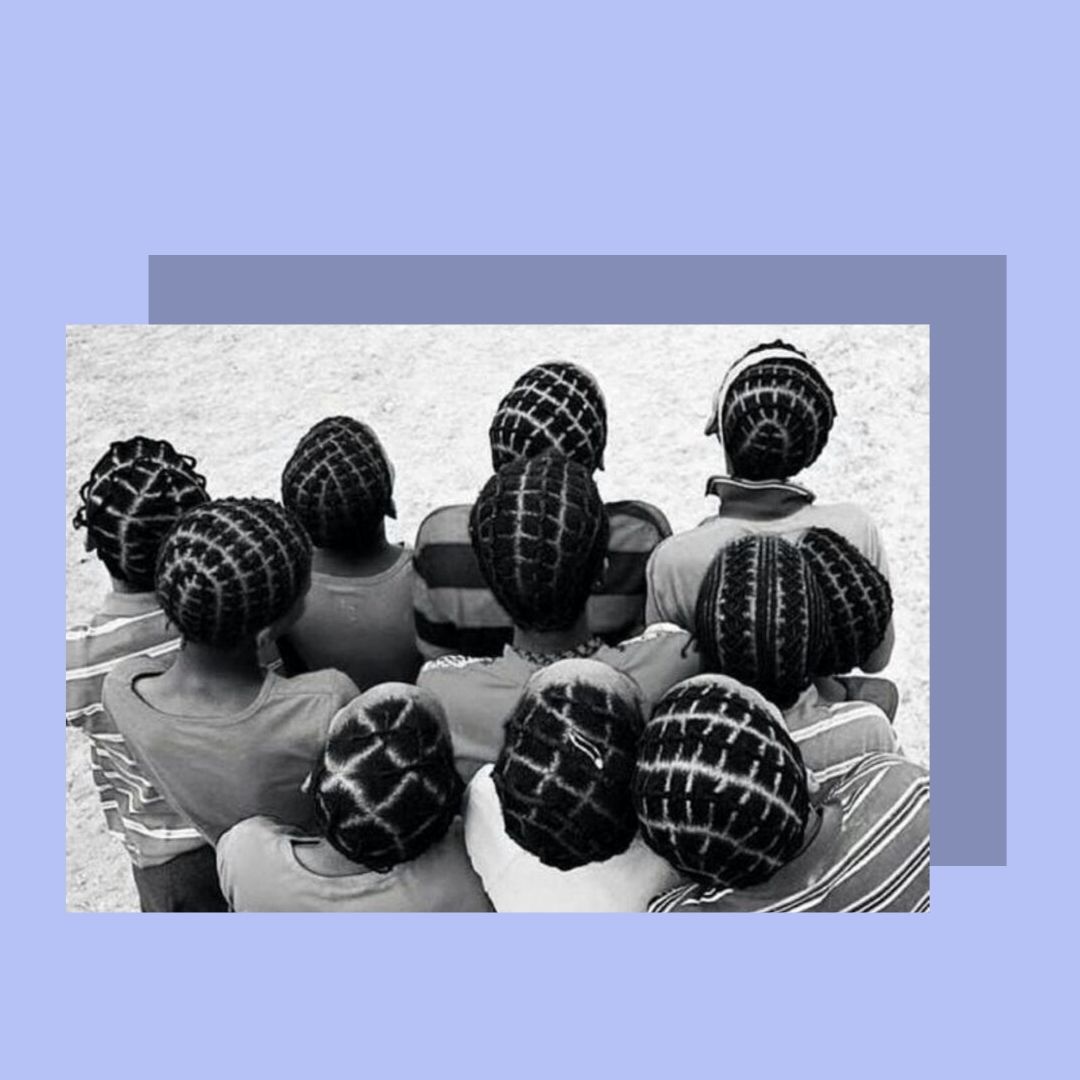 Although there was a long assimilation into western culture over decades, the initial natural hair movment overpowered it during the Black Power Movement of the 1960s. People ditched their perms and presses for afros and kinky ponytails. Eventually braids became an expression of self-acceptance and more mainstream which caused people of all races across the globe to wear them. As the years progressed, so did braided hairstyles -- styles within styles began to emerge, such as box braids, singles, tree braids, kinky twists, the list honestly could go on and on.

A different type of box braid trended in the hair community over the summer: knotless box braids. These braids are an alternative to traditional box braids, which require a knot at the base of the head to secure the braid. With knotless braids, the braider starts with their clients hair and feeds hair into it. This method causes less tension on the scalp and is technically a cleaner method to braiding with extensions because there isn’t a knot for bacteria build up under. More women are opting to wear knotless braids because they're light and flexible making them a pain-free method of braiding. 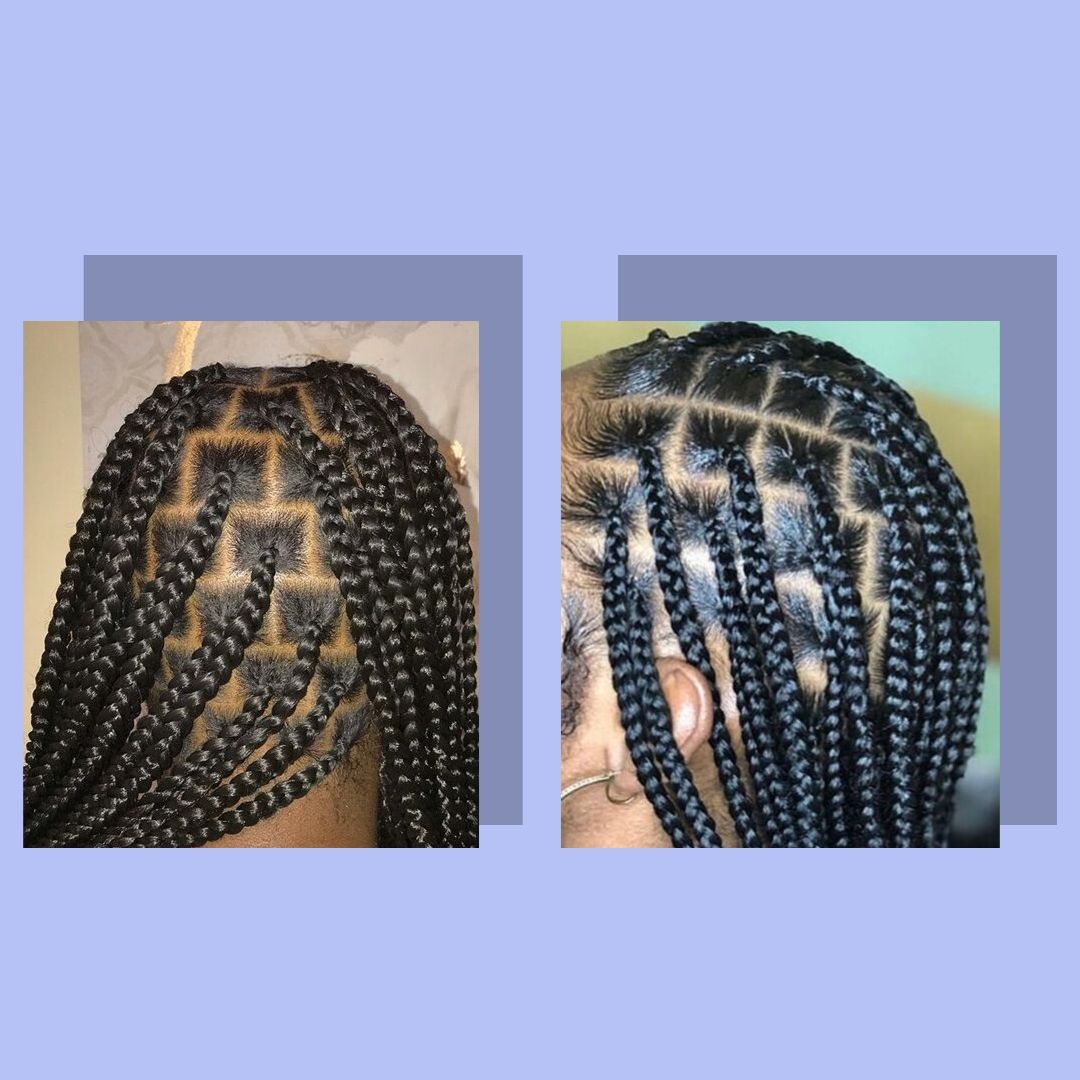 Although knotless braids aren’t particularly new, this protective style has taken the natural hair community by storm. Celebrities like Tessa Thompson, Beyonce, and Rihanna have all been spotted in this convenient style. One thing to note is that they can be pricey because of the size and the amount of time these braids take. In June, Youtube Vlogger Alissa Ashley unintentionally fired Twitter users up when she disclosed that she paid her hairstylist $550 for the style and another $150 for the tip. Although she ensured her followers that the hairstylist's work speaks for itself, many users weren’t convinced that knotless braids should ever cost that much. 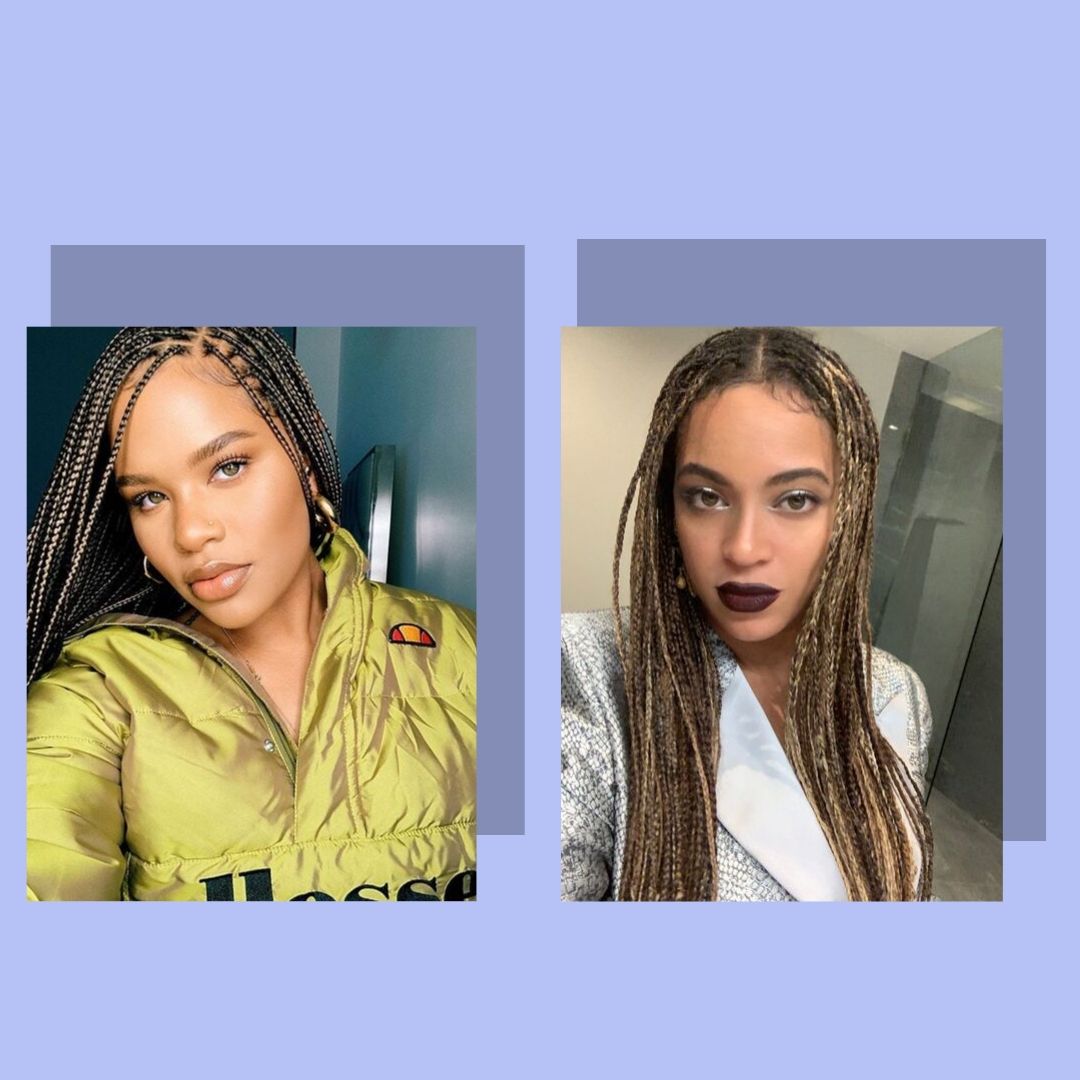 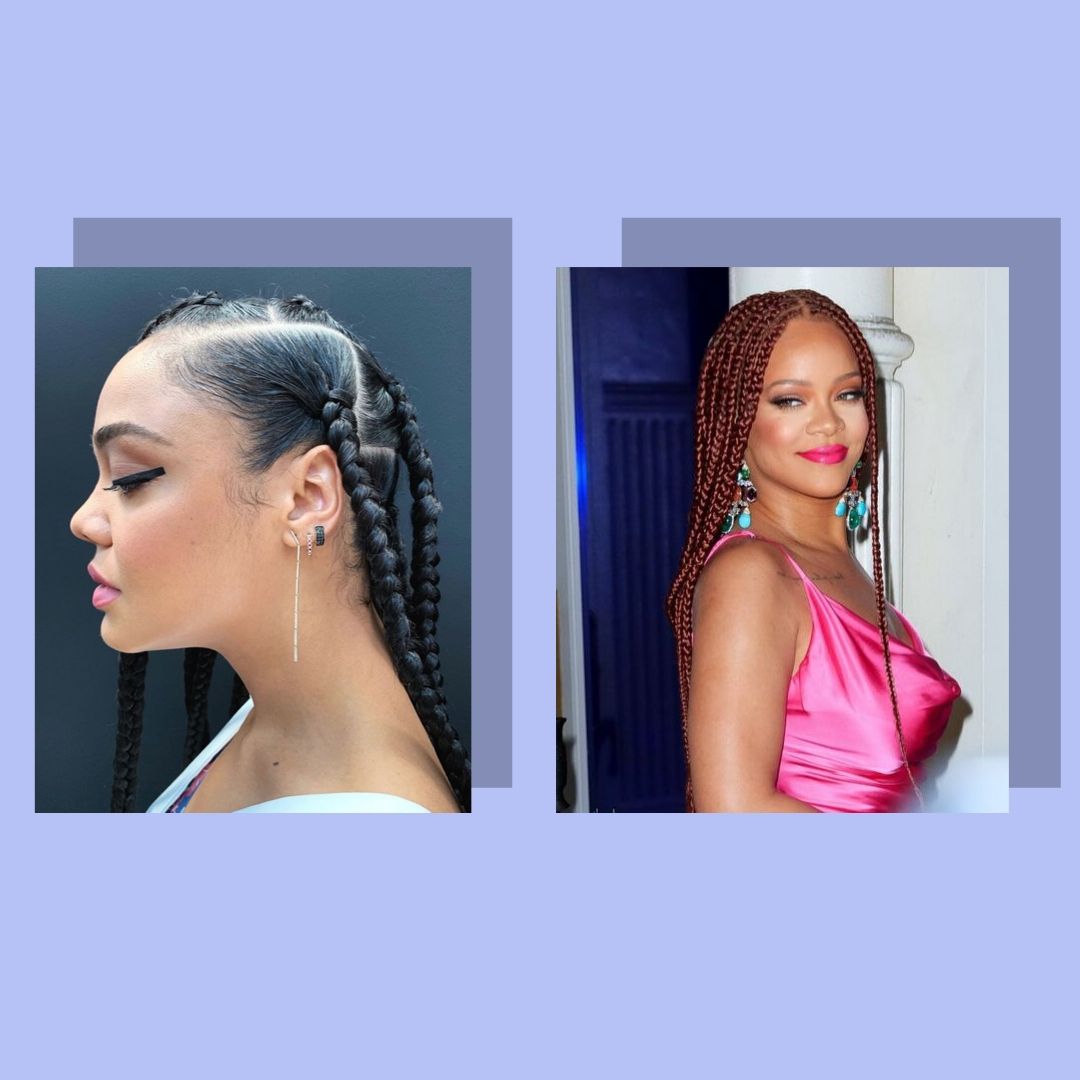 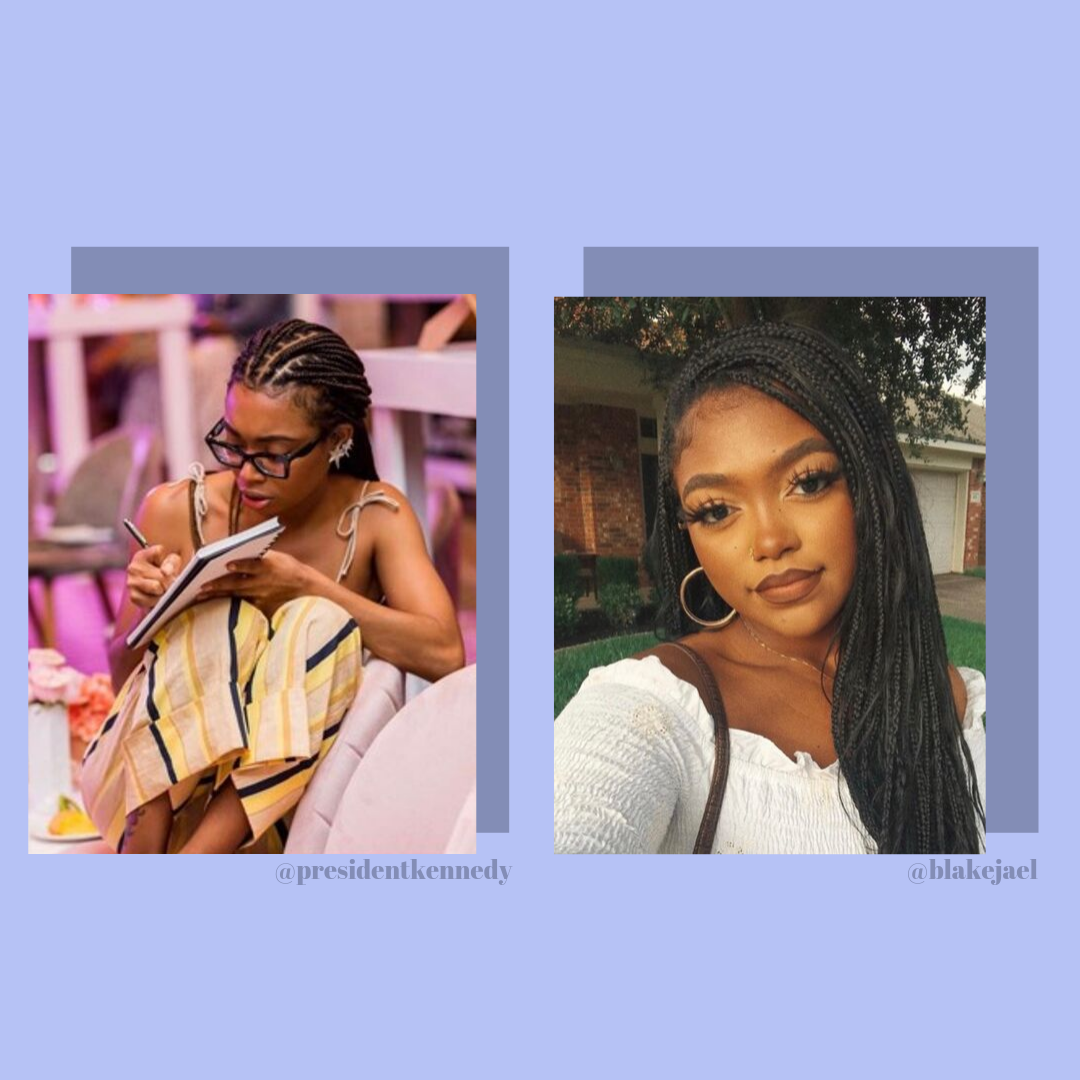 As you can see, knotless braids can come in different shapes and sizes. Many women who opt for this style lean towards smaller knotless braids because they tend to last longer. The verdict is in: from being nearly weightless to promoting healthy hair growth through less buildup and tension -- we say this style is “to be!”