As we close in on the end of 2019, we are not only approaching a new year, but we are also approaching an entirely new decade. Can you remember everything that happened in your life over the past ten years? Probably not, but this is a good time to start reflecting and thinking about what you would like the next year and decade to look like. This is the time for new goals, fresh starts, vision board parties, and intentional journal entries to start manifesting your wildest dreams.

Manifestation is a real thing and the new Twitter challenge proves it. The “beginning of the decade vs. the end of the decade” challenge highlights people’s growth over the past decade. Social media users have been placing images of themselves from 2009 next to present-day images of them in 2019. The trend is especially inspiring for many because some people have gone as far as to include images of celebrities, highlighting their glo up over the past ten years. 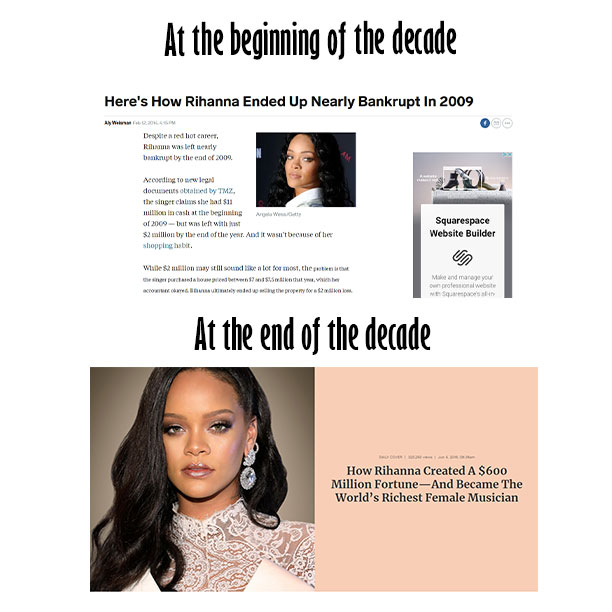 Rihanna’s name was heavily mentioned in the tabloids in 2009 but not for her music. Her accountant nearly lead the star to bankruptcy after being negligent with her funds. Now in 2019, Rihanna owns an empire that include the Fenty Beauty and Fenty x Savage lines! While becoming the world’s wealthiest female artist is a really big deal, Rihanna isn’t the only star that came into themselves in a major over the decade. 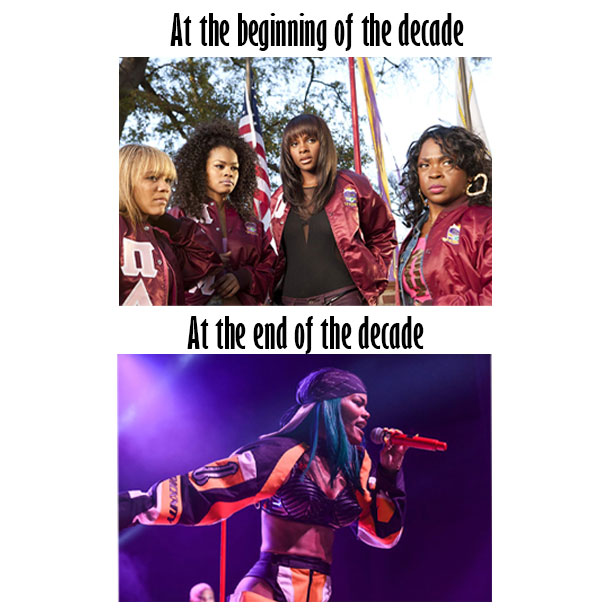 Teyana Taylor went from a supporting act and actor to selling out her own tours! Her phenomenal performance in Kanye West’s “Fade” music video catapulted her into the music scene. 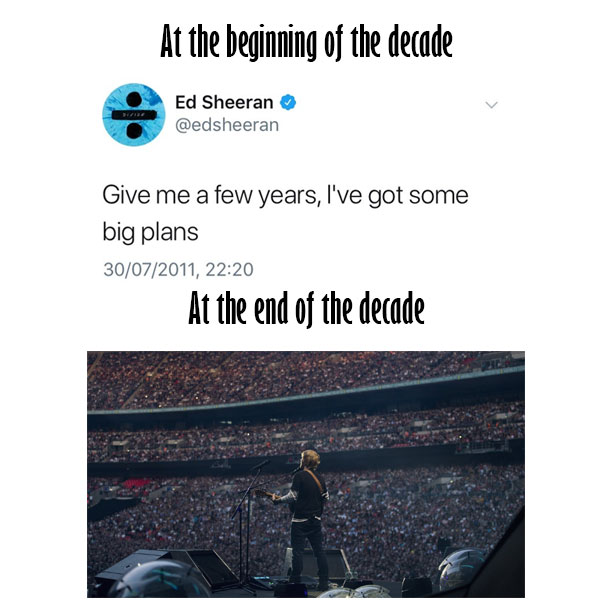 Long before Ed Shareen sold out concerts, he was a Youtube sensation! Back in 2011, Ed foreshadowed his “big plans” with his followers. 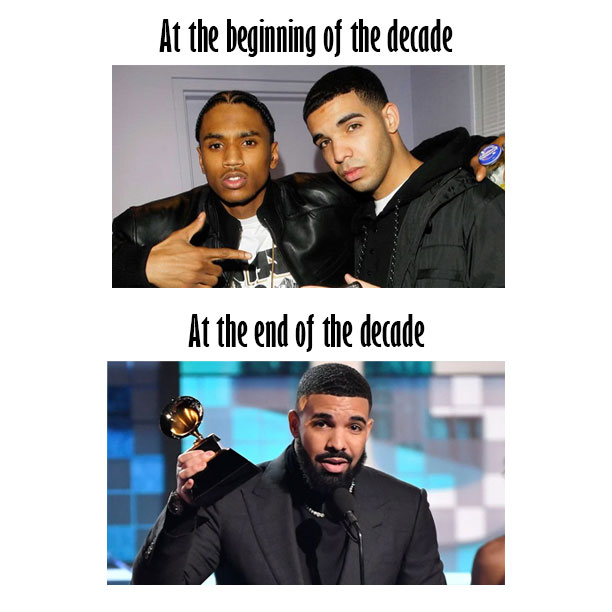 In 2009, Drake released the song “Successful” with Trey Songz in which he wished for a prosperous future. Fast forward to 2019, he’s Spotify’s most streamed artist of the decade. 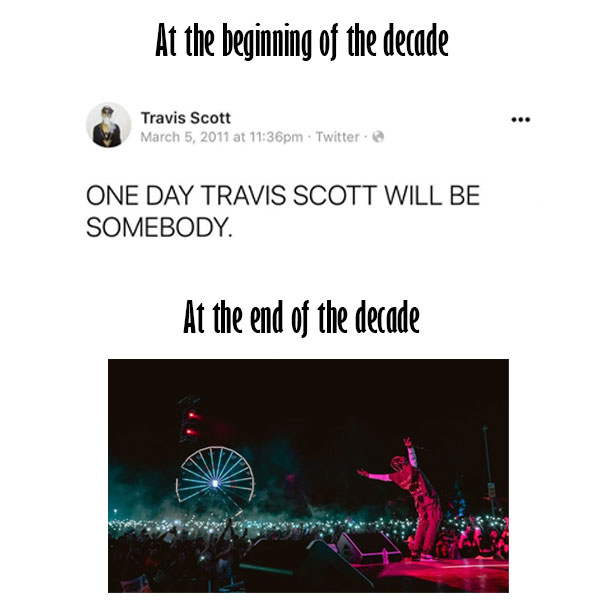 Eight years ago Travis Scott manifested his fame on Twitter! In 2019 his Wish You Were Here tour grossed over $34 million within the first three months.

These celebs are great examples of manifesting goals and working hard to make your wildest dreams come true. Have you written down your goals for 2020 yet? If not, it’s time to get on it! You can share your beginning of the decade vs. the end of the decade challenge with us on Twitter at @boxbeautyco!