In Hollywood history, there's been some truly iconic celebrity feuds that were so noteworthy, they've shaped pop culture itself. Then there's the other side of the coin. Some beefs are so random or played out that people have a hard time even understanding why it's a thing in the first place. Nick Cannon and Eminem's beef falls under that category. At one point their feud felt a lot more relevant but then it seemed to fizzle out and everyone moved on with their lives. Now for whatever reason Nick came out with new diss tracks and the beef was reignited although so far it's been pretty one-sided.

Their lukewarm fight is far from the only feud that's been randomly fueled. Inspired by Nick and Eminem's "fight", here's 5 of the most random celebrity beefs.

Even though Bhad Bhabie, aka cash me ousside girl, is 13 years younger than Iggy Azalea, that didn't stop her from trying to throw hands at Cardi B's Fashion Nova party last year. At some point in the night, the two walked by each other and Bhad Bhabie threw her water bottle at Iggy who looked like she was just minding her business. While her hair got wet, Iggy was mainly unbothered and kept it moving while Bhad Bhabie kept yelling at her and trying to approach her. While Iggy addressed the situation on her IG, she said couldn't be bothered to fight back with a teenager and left it that. Meanwhile, Bhad Bhabie threw more shots at Iggy on her own IG Stories. To this day, no one knows why Bhad Bhabie hates Iggy so much.

It's kind of hard to believe that these two powerhouse women were beefing at one point. Back in 2011, Ciara appeared on E!'s Fashion Police and said that Rihanna wasn't the nicest person because the Anti singer once ignored her at a party. Rihanna caught wind of her comments and responded on Twitter with, "My bad ci, did I 4get to tip u?" RIH. They went on to exchange more words on Twitter before seemingly making up and putting the beef to rest for the next couple years. Then Ciara went on a radio show in 2013 and said Rihanna was nuts. More shady comments were exchanged by both ladies and then radio silence. Last year, it looks like Rihanna finally put the beef to rest by singing along to "Goodies" during a karaoke night with friends. Later on, Ciara wished her a happy birthday. 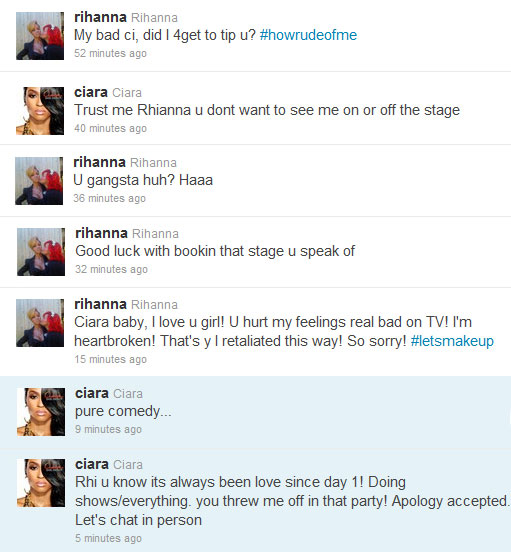 Honestly, is there anything more random than beefing with a Canadian city councilor? Well back in 2015, Meek Mill did exactly that. Norm Kelly, a former city councillor for Toronto, aka Drake's hometown, took issue with Meek's beef with Drizzy and went on Twitter to tell Meek that he wasn't welcome in the city. Meek responded telling him that he sounded like a thug and Norm spent the next couple months making jabs at Meek. Meek didn't respond to Norm anymore but maybe now that him and Drake ended their beef last year, Norm can finally rest easy. 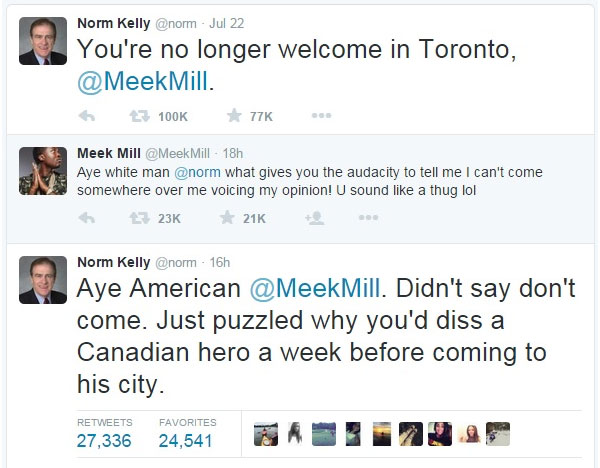 For some reason, Kourtney's family choices were of grave concern to Farrah Abraham, the former Teen Mom reality star, back in 2011. Kourtney's second pregnancy announcement shocked Farrah who thought that Kourtney should have learned something from watching Teen Mom. The correlation between her show and Kourtney wasn't clear since Kourt was 32 during her pregnancy. Not only did she highlight that fact when she responded to Farrah, both Scott and Khloe also chimed in to have Kourtney's back. Farrah didn't back down and said that Kourtney should take her relationship with Scott more seriously for the sake of their children. Although they're not together anymore, Scott and Kourtney are killing the co-parenting game so hopefully that can put Farrah's mind at ease. 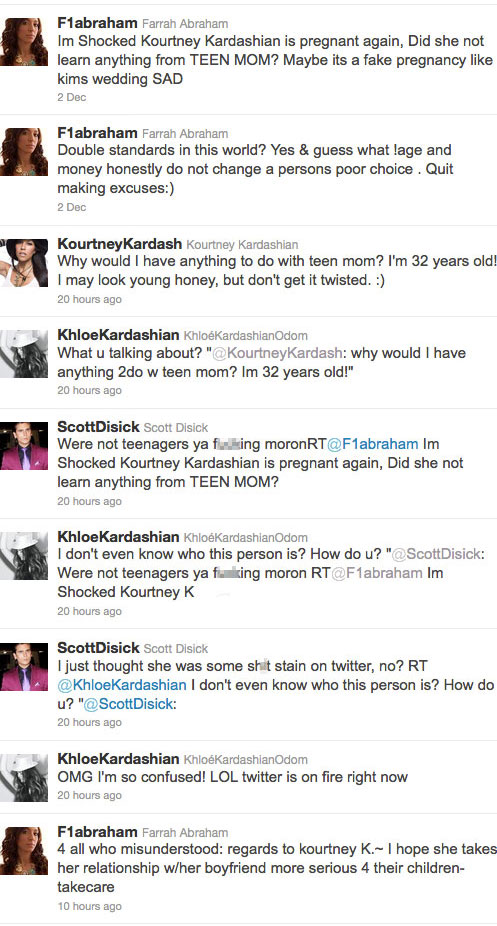 Azealia Banks vs. most people

Azealia Banks might take the cake for starting the most random feuds with just about anyone she feels like. Just this year, Azealia Banks has had issues with Elon Musk, Lana Del Rey, Vince Staples, Nick Cannon, Lizzo, and Cardi B. They've pretty much all been Twitters beefs, until she was banned from the platform for always harassing other people. No worries though, because she's just continued her ways on Instagram. She's been accused of always trying to start things just to gain attention and while we don't know if that's true, what we do know is that it's probably not the last time we'll hear from her. 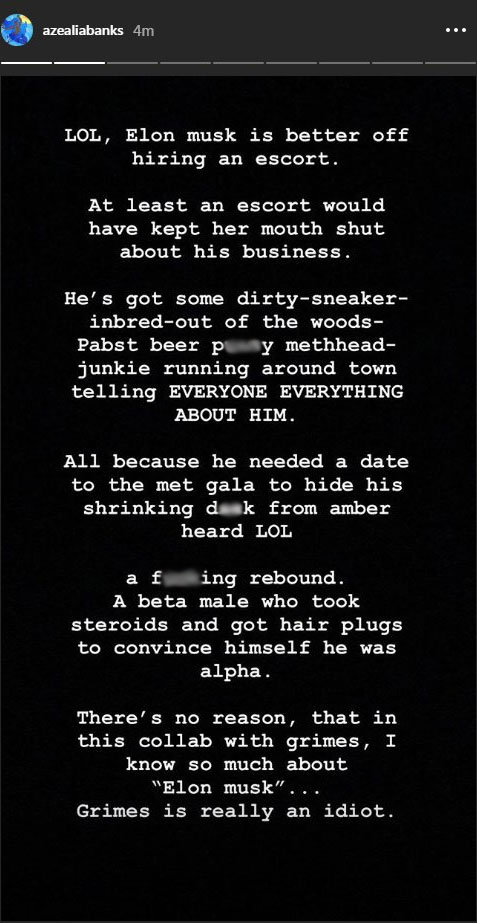 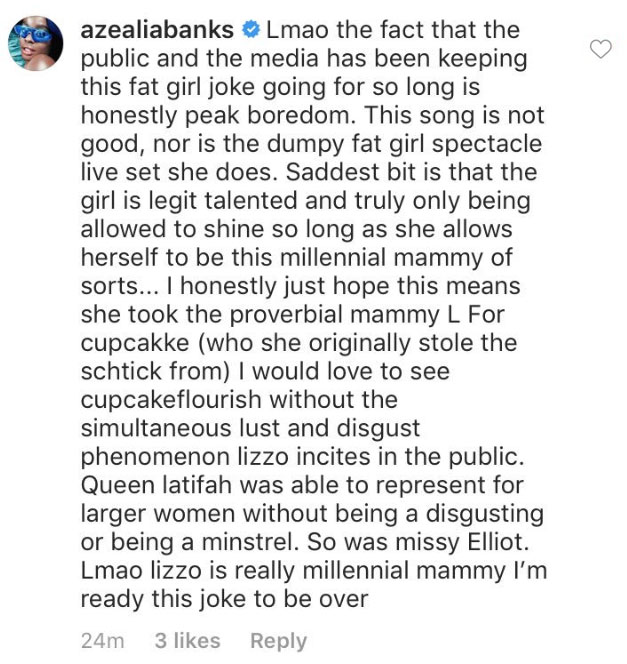 Maybe with the year coming to a close, these stars can also bring a close to their beefs.

Which one do you think was the most random beef? Join the convo! @boxbeautyco