Gapped-teeth, a bald head, and notable tattoos aren’t the average descriptions of a fashion model in today’s industry. These features, however, are exactly what make Simone Thompson, better known as Slick Woods, so sought-after. The biggest fashion brands are itching to get her to model for them. Between her backstory, looks, and personality, Slick Woods continues to prove that she’s one-of-a-kind. 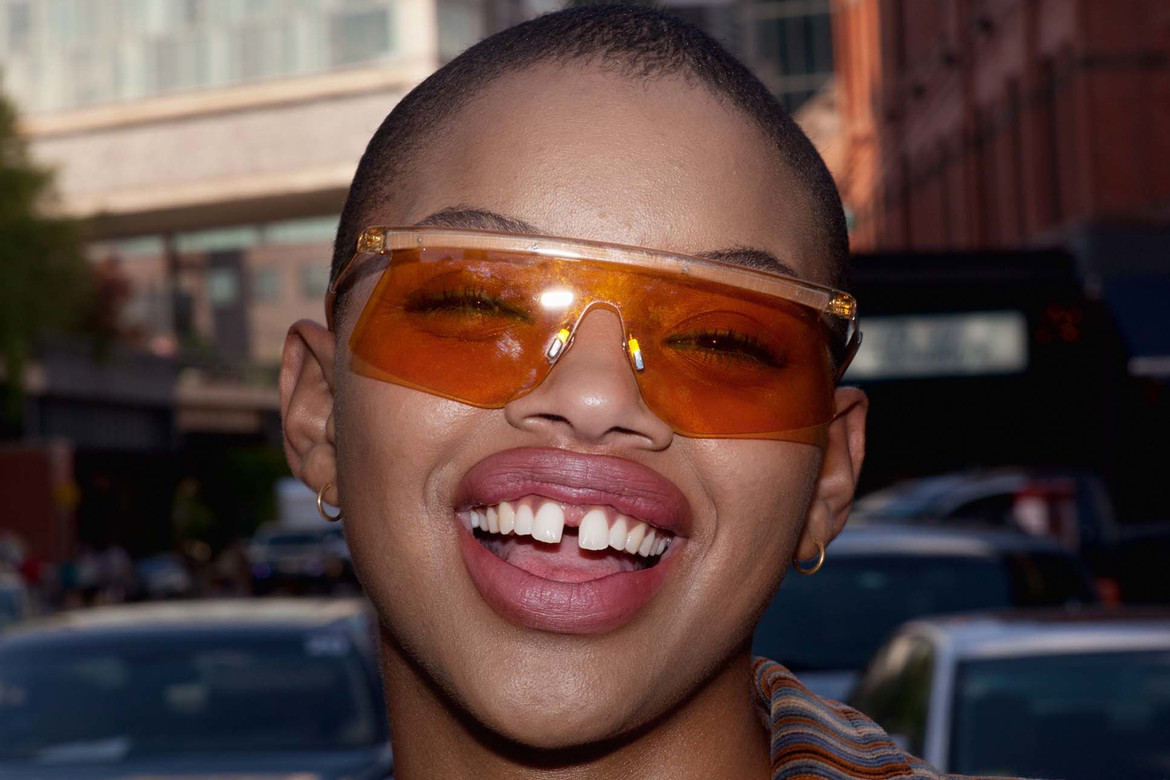 When 19-year-old Slick Woods met British model Ash Stymest at a bus stop during Coachella, she had no idea that her life would never be the same. Before that fateful day, Slick was homeless, dealt with drugs, and was recently released from jail. In 2015 the model landed her first modeling gig in Kanye West’s Yeezy Season 2 lookbook and the rest is history. She quickly moved up the ranks in fashion and became the face of Rihanna’s Fenty Puma and Fenty Beauty lines and eventually, one of Rihanna’s closest friends. 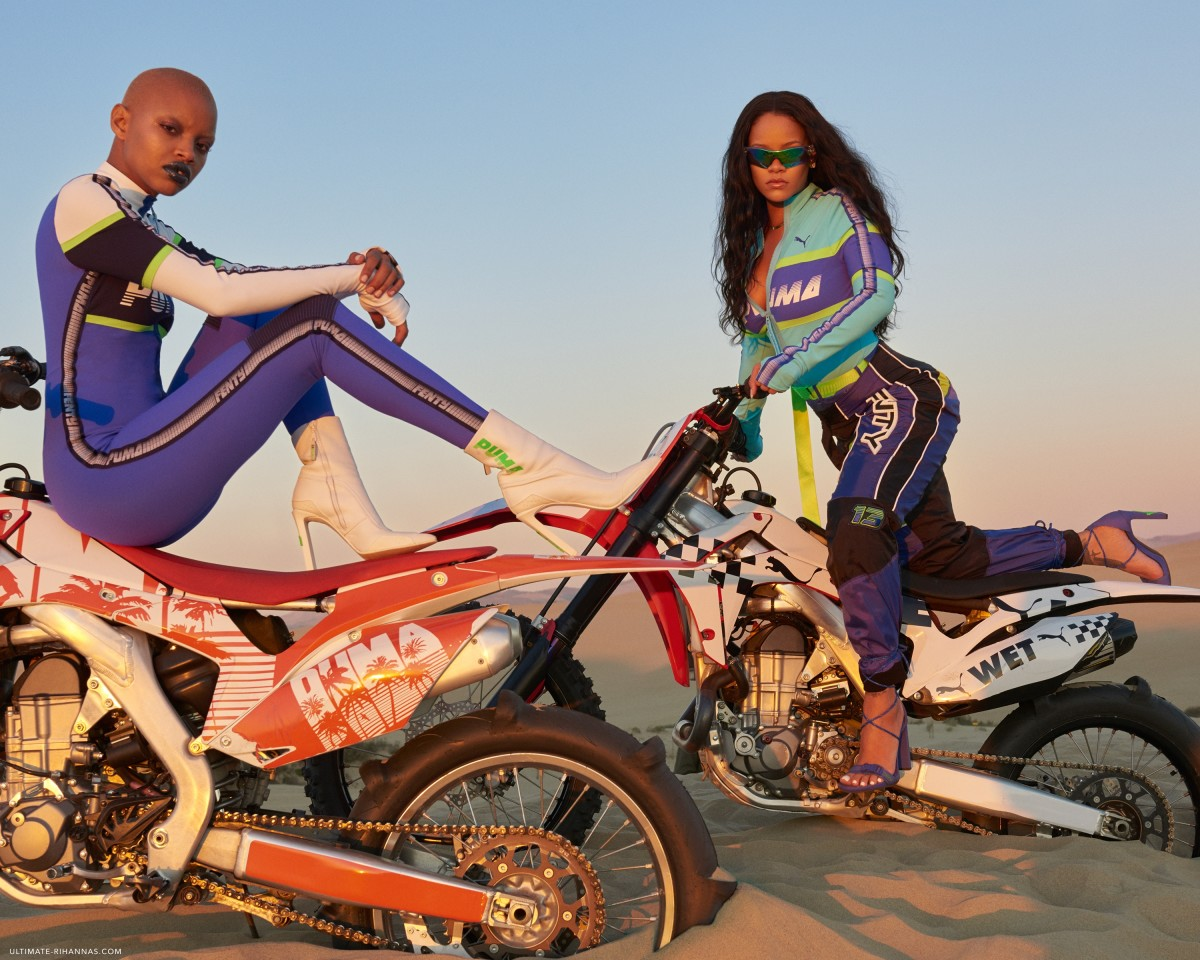 For the majority of her career, many were left with more questions than answers when it came to her sexuality because of her androgenous demeanor and style. Those questions came to a halt in July of 2018 when she revealed that she was pregnant with fashion model Adonis Bosso’s son. She even went viral for walking in Riahnna’s Savage Fenty fashion show while in labor. Immediately after she did her catwalk, Slick was met by paramedics backstage who transported her to the hospital where she gave birth. 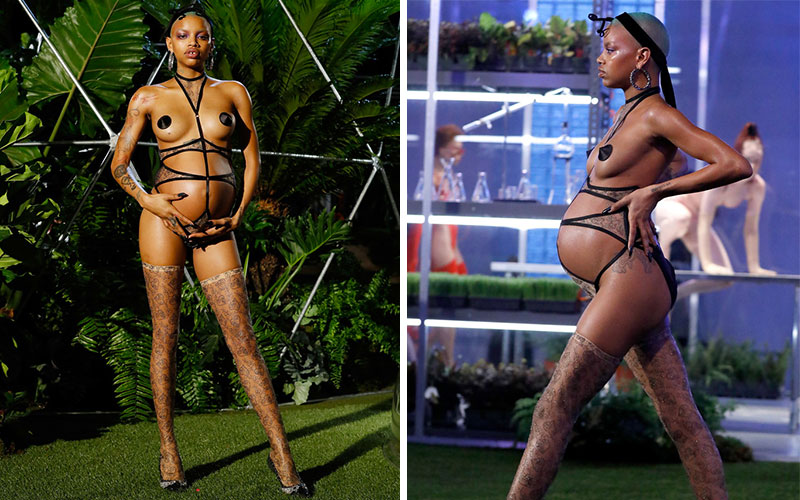 Earlier this week the 23-year-old announced that she is undergoing chemotherapy treatment on Instagram. More recently, she revealed more specific details to The Shaderoom that she’s battling stage 3 melanoma. Subsequently support and get well wishes poured in for the model. In response, she posted a picture of her son, Saphir, with the caption “stop treating me like a victim” on her profile. 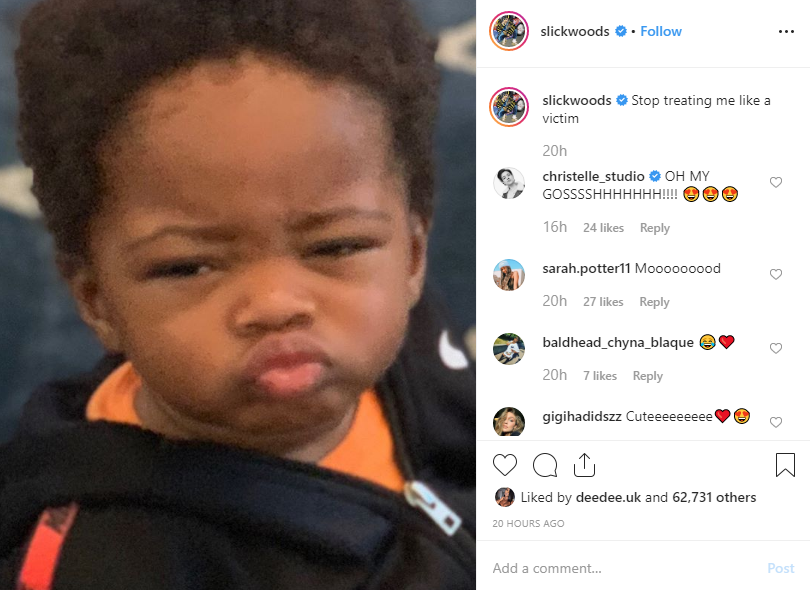 In a 2017 interview with Harper's Bazaar, she explained her transition into fame “I went from being homeless to spending $20,000 a week. I was making up for lost time, buying my friends s--t, going to $400 dinners. I've always been like, 'What if I die tomorrow? I can't sit on this bread.”

That mindset has provided comfort to her within her journey through this difficult time, because even when staring at mortality in the face, Slick Woods continues to prove that she is courageous and fearless.