Just a couple of days ago, the Kanye West and Taylor Swift Feud came to light...again. This weekend a video of a leaked phone call between Kanye and Taylor from 2016 surfaced. Depending on who you ask, the video either proves or denies that the infamous line from Kanye's single Famous, was talked about and was discussed by the two and approved by Swift. Not only is this bad timing, given the COVID-19 crisis, but it’s also kind of random. Here’s a recap.

If you can recall, it all started 11 years ago at the 2009 VMAs. Taylor Swift was awarded the Best Female Video for her song “You Belong With Me”. Right before she was about to give her speech, Kanye jumped on stage to cut her off and say, “I’ma let you finish, but Beyonce had one of the best videos of all time!” Those four words evoked endless memes that are still used to this day. 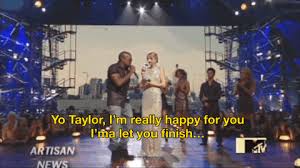 Of course, Kanye publicly apologized on twitter. But, Taylor seemed to ignore his efforts and proceeded to make a jab at him on SNL, not to mention some questionable lyrics in her song “Innocent” that could pertain to him.

Come August 2015, it seems as though the two squashed the beef when Taylor presented Kanye with the 2015 Vanguard Award. She even introduced him as her friend, later she posted a picture on her instagram of a bouquet of roses sent by no other than Kanye himself. 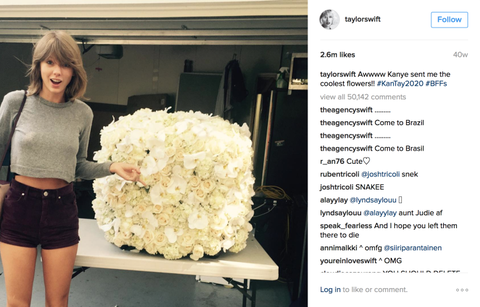 Fast forward to 2016 - Kanye dropped his album “Life Of Pablo” featuring his now infamous song and subsequent controversial video for the song “Famous”. The lyric that is about her is as follows, “For all my southside n****s that know me best, I feel like me and Taylor might still have sex. Why? I made that b**** famous.”

After much backlash and criticism for the line, Kanye took to twitter claiming that he spoke to Taylor about the song before it was dropped and that she approved it. Taylor's publicist said she was never made aware of the actual lyric and did not support the misogynistic message it portrayed. During her Grammy's speech for Album of the Year, Taylor bashes Kanye saying, “There are going to be people along the way who try to undercut your success or take credit for your accomplishments or your fame…”

Later that year Kim finally got  involved. Attempting to defend her husband, she Snapchatted a 3 minute edited clip from the video of Kanye and Taylor's conversation about the song and labels Taylor a snake.

Retaliating to Kim's comment, Taylor accused the couple of “character assassination”, claiming that Kanye promised to play the finished song for her but he never did, therefore she never approved the lyrics. “Being falsely painted as a liar when I was never given the full story or played any part of the song is character assassination.”

Since then Taylor has produced music and done performances making innuendo jabs at Kanye.

On March 21st of this year, the entire 25 minute call between Kanye and Swift was released anonymously, reigniting the feud. Taylor and Kim both had a lot to say about this, something fans of both parties viewed as insensitive given the current pandemic.

In Taylor's instagram story she posted this story, prompting followers to swipe up to “see what really matters”. The link lead to a donation page for Feeding America.

Kim then took to her story as well. 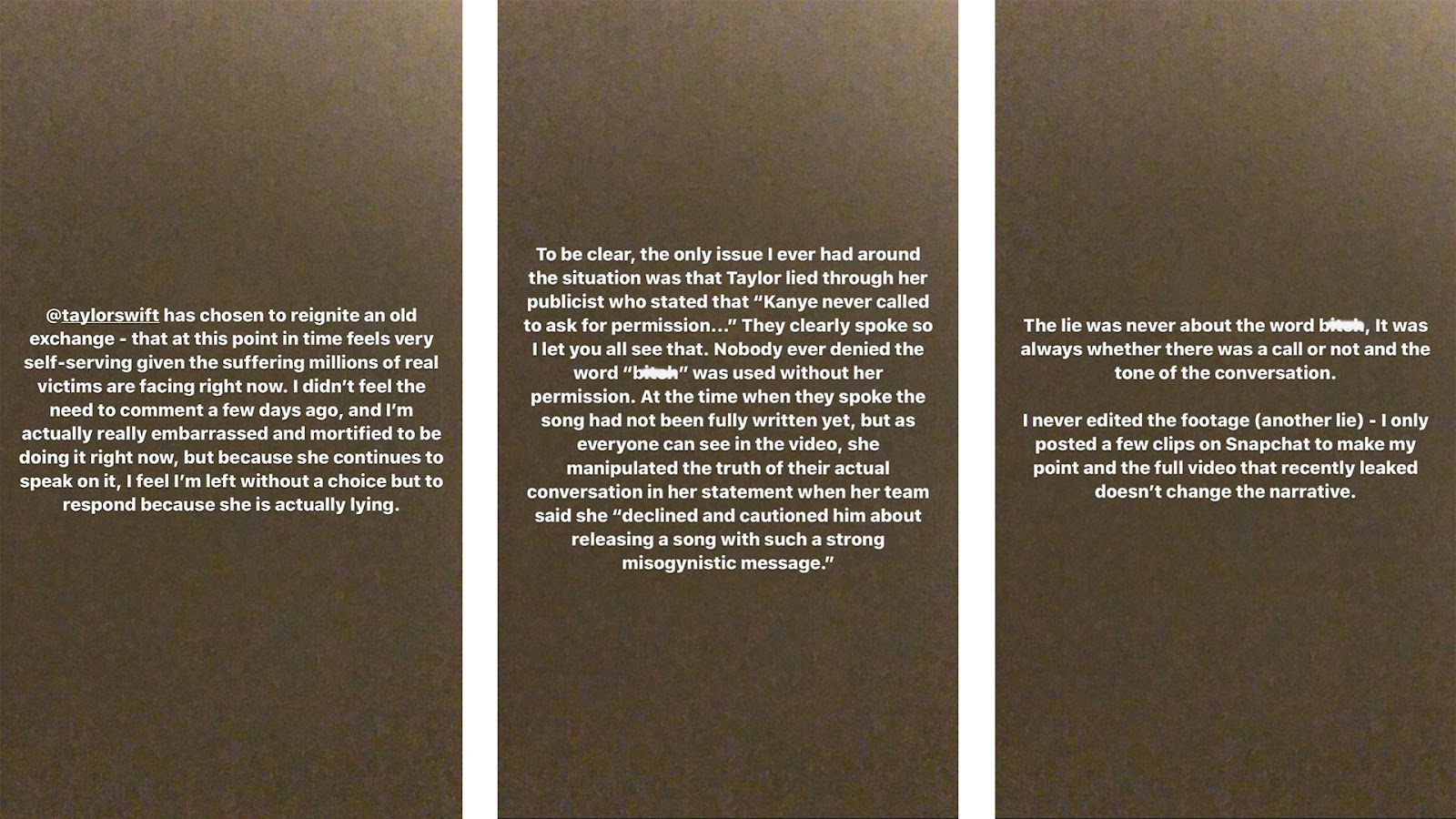 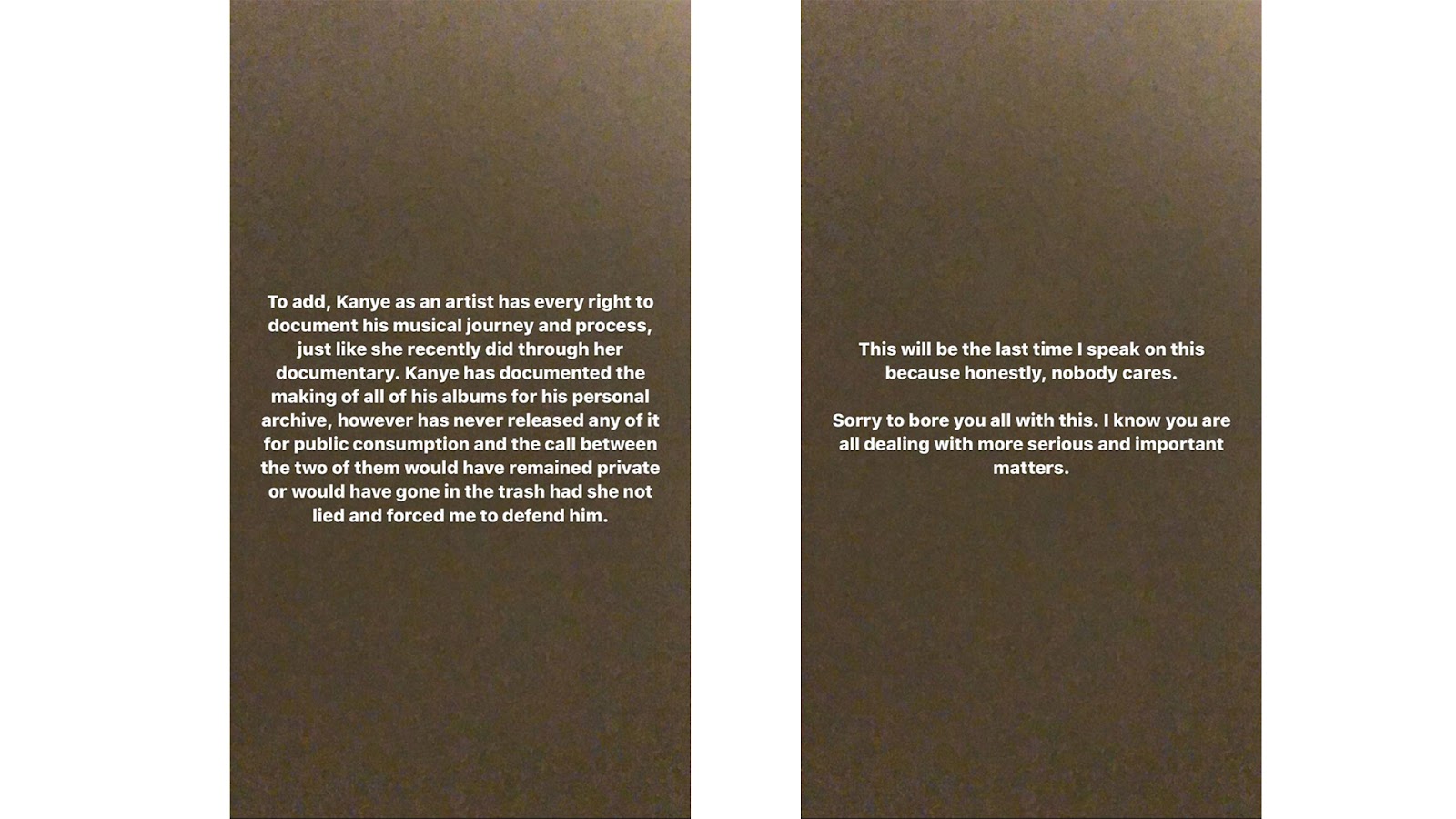 Like the lawyer Kim is, she took to twitter to clarify and further defend Kanye. Taylor never replied to this, but her publicist did. 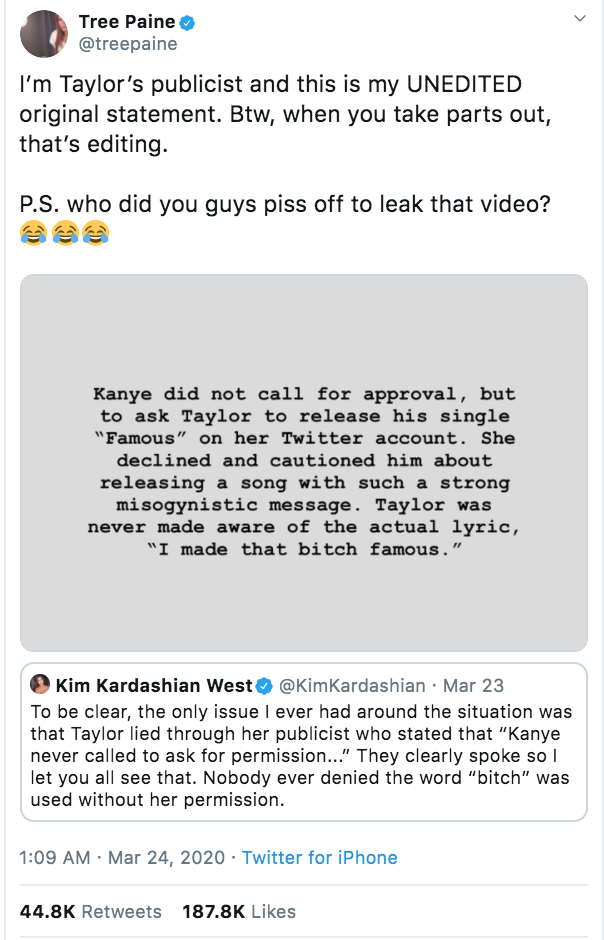 Are Kanye and Kim really bullies? Or is Taylor playing the victim? Is this all just a drawn out publicity stunt? What do you think? Let us know @BoxBeautyCo!