How Safe is Tekashi 6ix9ine After His Testimony? How Safe is Tekashi 6ix9ine After His Testimony?

This week Tekashi 6ix9ine not only took the stand to testify against members of his former gang, he took the hip-hop industry for a ride with some of the revelations of the trial. The biggest headline was that Tekashi named Cardi B and Jim Jones as Bloods but that wasn't the only dramatic moment from his testimony.

They showed Tekashi's music video for "Gummo" during the trial so that he could point out a bunch of Nine Trey members and also showed a video of his alleged kidnapping back in 2018. He admitted to putting out a hit on Chief Keef and gave the Nine Treys credit for basically building his entire career. In return for that, he was financially supporting the gang.

Of course, whatever relationship he had with the gang has now gone out the window since he's been working with authorities. Tekashi is hoping that his cooperation will help reduce his own sentence to time served which would mean that he'd be released in 2020 but right now it's anyone's guess whether or not it'll pan out for him. Even if he does get out next year, who knows what his future will hold. The hip-hop industry doesn't like people who snitch and Tekashi may now be hip-hop's biggest snitch. 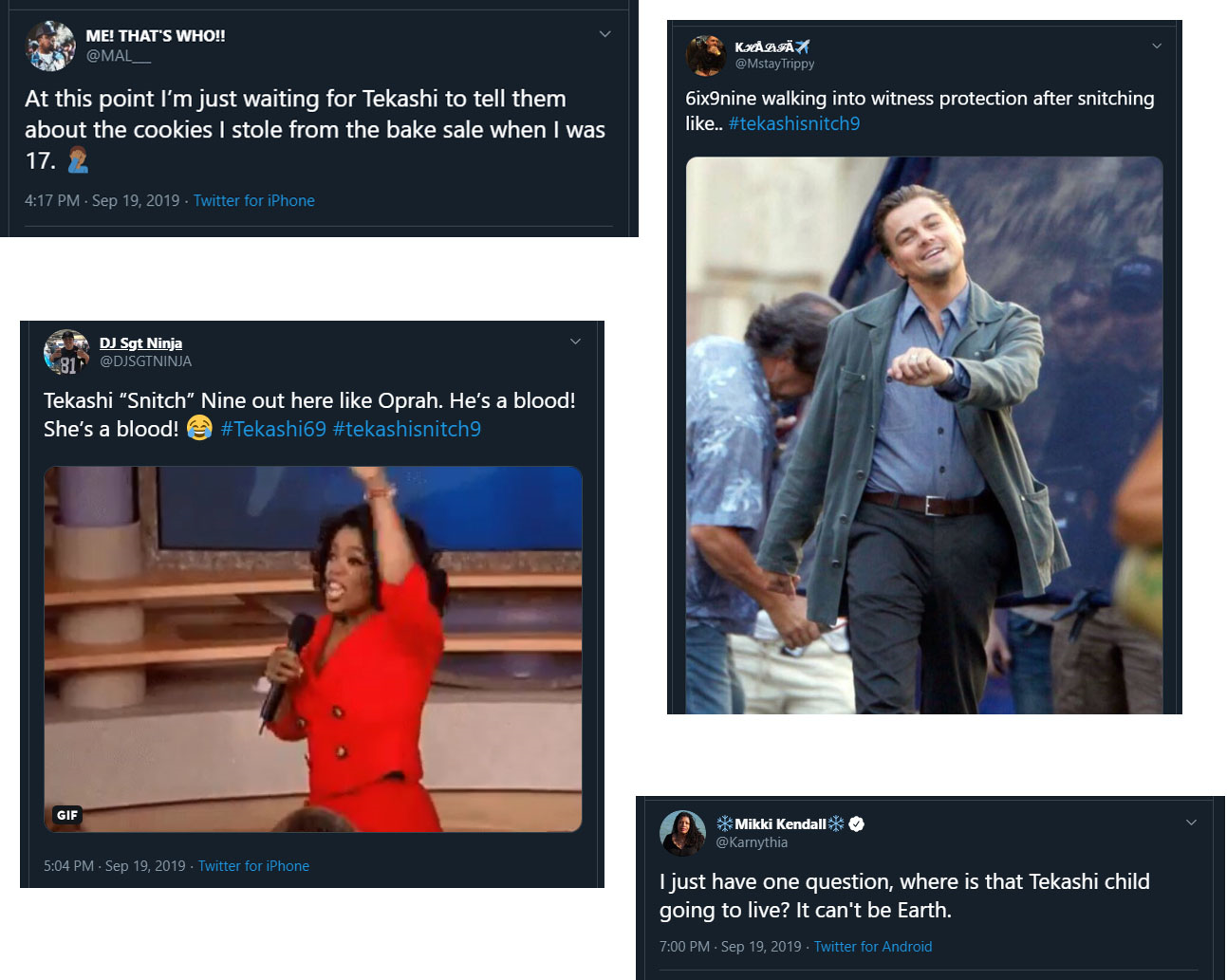 Snoop Dogg and Fifty have both weighed in on Instagram and it looks like they won't be having Tekashi's back any time soon. After being namedropped, Cardi went on Instagram and made her side clear with Keke Palmer's "sorry to this man."

Things aren't looking too good for Tekashi on the outside but at least it looks like he's safe on the inside. Even though he undoubtedly has a huge target on his back now, security doesn't think he's in that much danger in prison. He's being housed along with other people who are also considered snitches and no other prisoners are allowed in their area.

If that's true, maybe he'd be better off staying locked up.