Friends or Coworkers? Charlamagne is Getting Dragged for Not Defending His Breakfast Club Crew Friends or Coworkers? Charlamagne is Getting Dragged for Not Defending His Breakfast Club Crew

The almost hour-long interview went by pretty smoothly but Gucci got things stirred up in the last 5 minutes of their talk by bringing up his prior beef with Charlamagne’s cohosts, Angela Yee and DJ Envy. It all started back in 2016 when Gucci went on The Breakfast Club and claimed that Angela tried to sleep with him. Angela fully denied his claims on air but the damage was done and according to Gucci, this led to him being banned from the show. Gucci initially said he meant no disrespect to Angela in the new interview but clearly this alleged ban didn’t sit well with him because he went on to call her a “punk a** b**ch” and threatened to slap DJ Envy.

While Charlamagne spoke up here and there about the beef saying that Gucci was never banned from the show, he didn’t really say much about either one of his coworkers. Now, Twitter is dragging him for not sticking up for them. 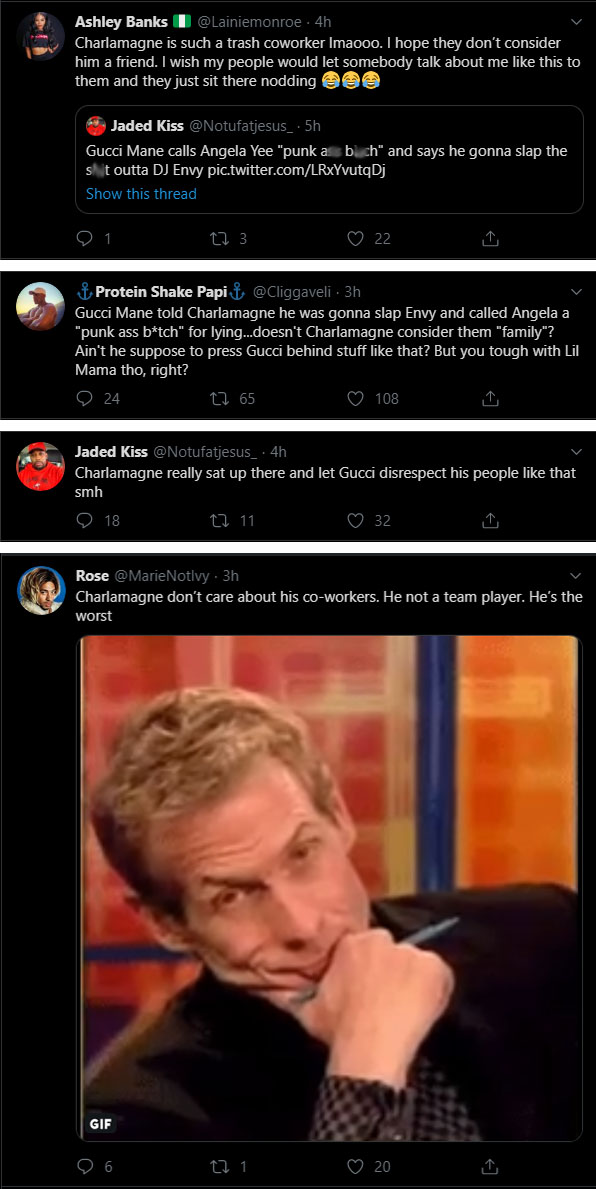 Not everyone is against Charlamagne though. While one half thinks he should have done more, the other thinks he handled the situation perfectly. They argue that Angela and Envy aren’t his friends and he needed to keep things professional instead of interjecting himself into his coworkers’ beef that has nothing to do with him. 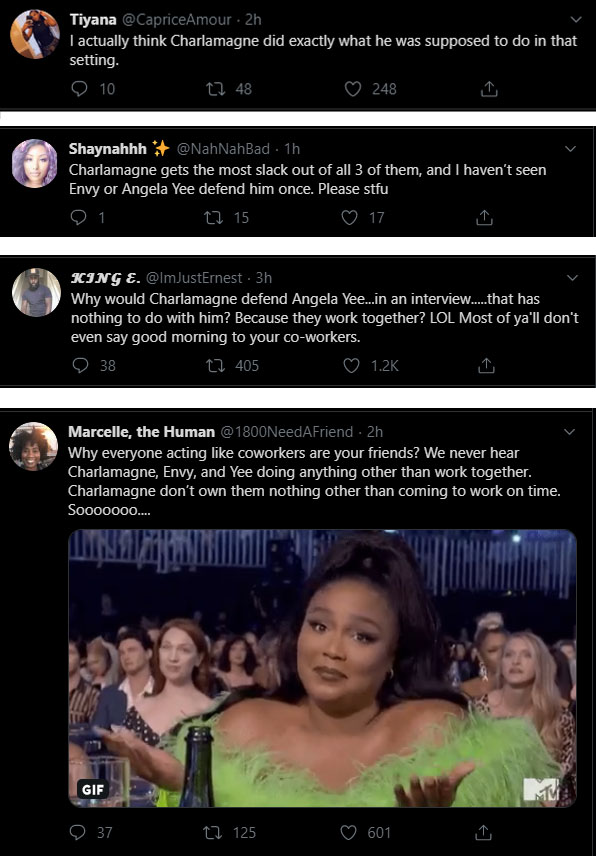 While we don’t know what Angela might be thinking since she hasn’t said anything so far, Envy didn’t hold anything against Charlamagne. He responded on Instagram and made it clear that Charlamagne warned him about Gucci’s comments ahead of time and Envy gave him the green light to play the interview anyways. You can read his full response below. 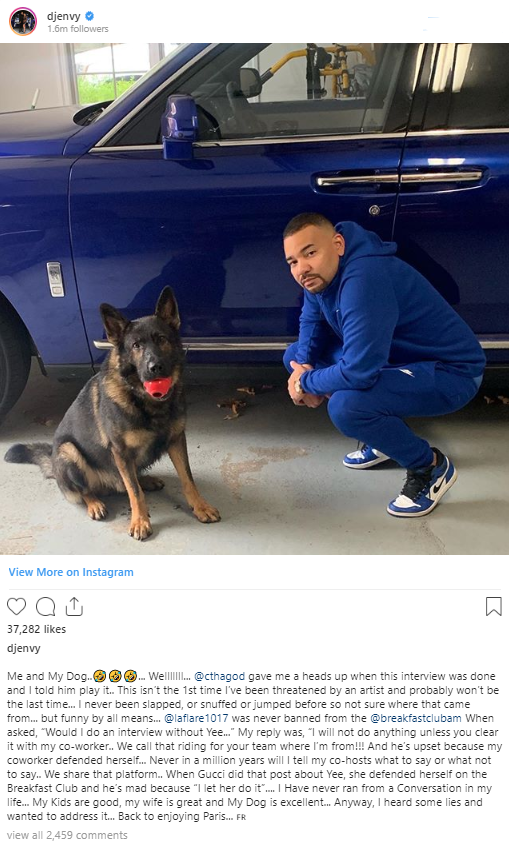 There’s no telling where the beef between Gucci and Angela and Envy is going to go but right now, fans are really more focused on whether or not Charlamagne considers Angela and Envy his friends or just his coworkers and the internet can’t say for sure. We might not know the dynamics behind their relationship with each other but what we do know is that their morning talk tomorrow should be pretty interesting.