Fake it Till You Make It: The Rise of CGI Influencers Fake it Till You Make It: The Rise of CGI Influencers

In May of this year, the word “influencer” was finally added to the dictionary. An influencer is defined as an individual who has the power to affect purchase decisions of others because of his or her authority, knowledge, position or relationships with his or her audience. The term has gained popularity due to an influx of a new type of marketing: Instagram influencer marketing. In 2016, a cryptic company that “specializes in robotics, artificial intelligence, and their applications to media business” called ‘Brud’ created the Instagram account for their new virtual project “Lil Miquela.” Their subject? A 19 year-old Brazilian-American virtual influencer. 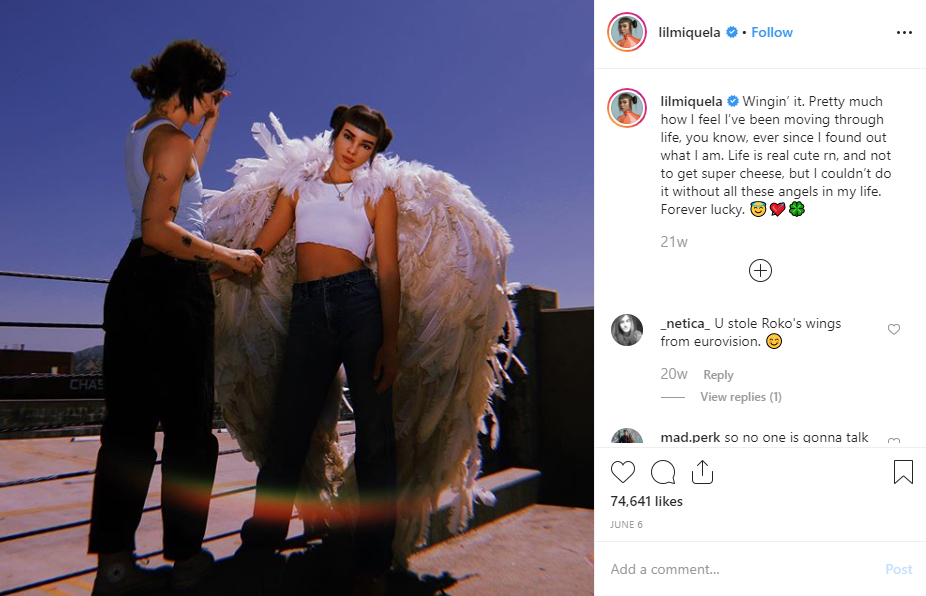 Scrolling down her Instagram profile has left people with more questions than answers. Clearly she’s not real, but somehow she manages to effortlessly capture her everyday life amongst her human friends and boyfriend (yup, she’s off the market). Her carefully constructed captions even seem to highlight “her” personality. The account has grown to over 1 million followers since it’s conception and because of this, Lil Miquela has had the opportunity to collaborate with large brands like Ambush, Depop, Foo & Foo, Calvin Klien, and more. 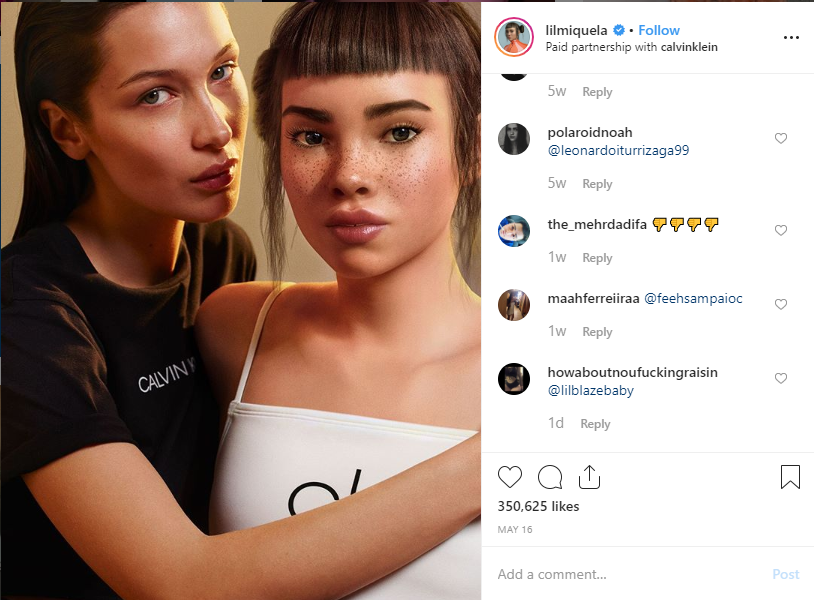 However, Lil Miquela is not the only virtual influencer on social media making a name for themselves. The same company she is represented by created two other digital influencers: Blawko and Bermuda, and yes -- they’re all friends.

Bermuda, who goes by Bermudaisbae on social media, has 174k followers and is a far-right CGI influencer that outwardly takes pride in her support for President Trump. On the other hand, Blawko takes on a more shy personality when it comes to serious matters such as politics. He mainly posts lifestyle pictures,  memes, and “relatable content” to entertain his 145k followers. 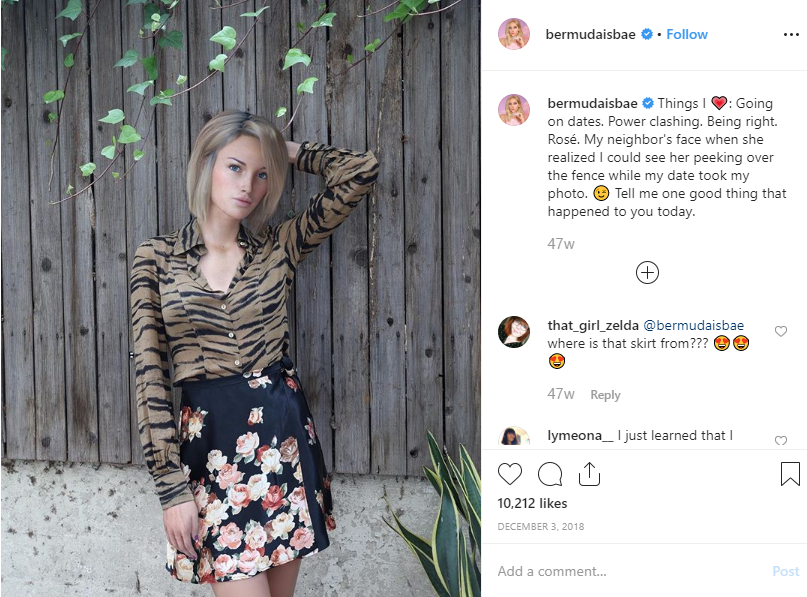 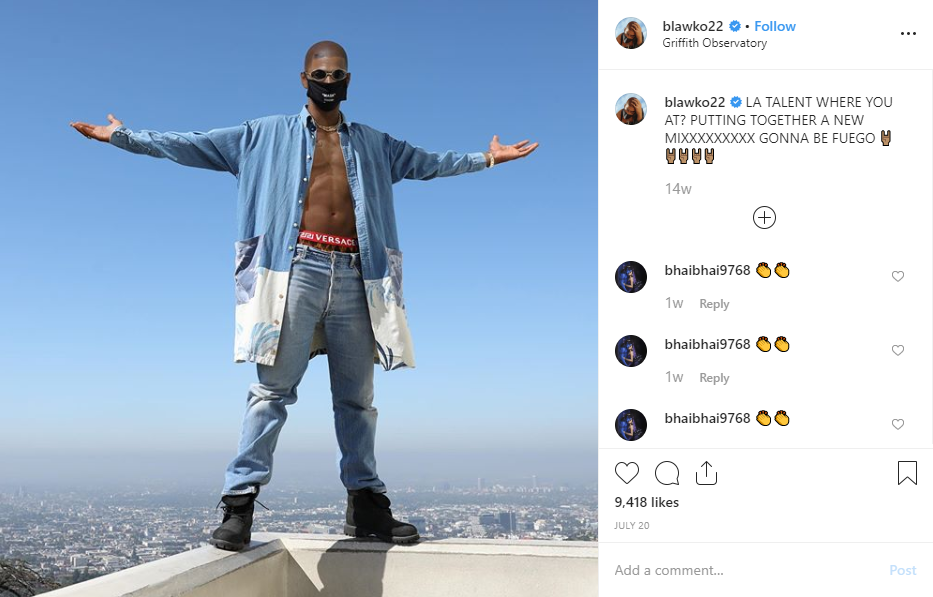 The rise of these CGI influencers has birthed the first “virtual supermodel”, Shudu. Her Fenty Beauty by Rihanna feature caused uproar when people noticed that she wasn’t actually human. The backlash intensified when people found out that a white 29-year-old male, Cameron-James Wilson was behind the model’s creation. Reception to Shudu is split down the middle. While some appreciate her as art and are happy to see dark skin get visibility in the fashion industry, it doesn’t sit right with others because this could possibly divert profits and opportunities away from real black models. 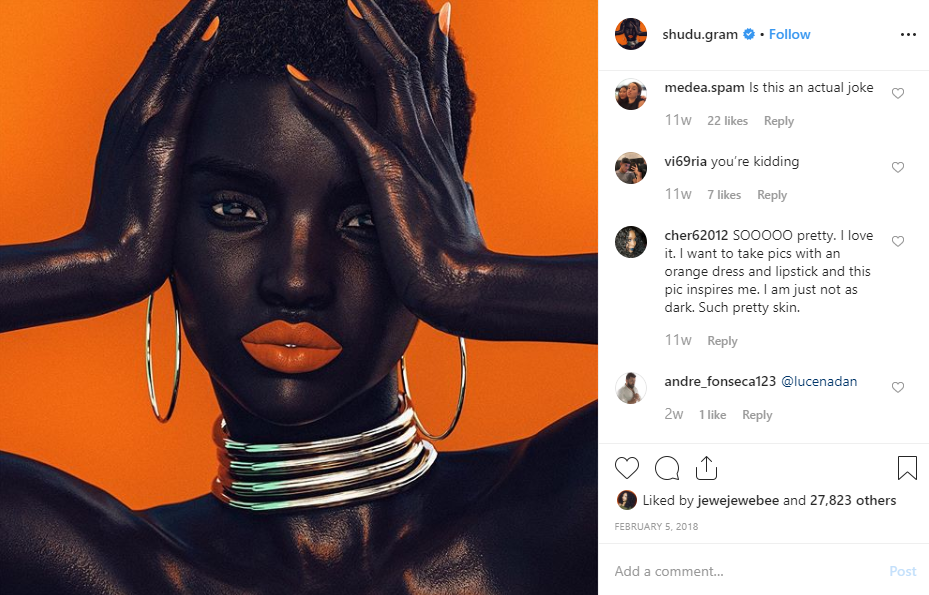 On a larger and more general scale, many are questioning the point of these digital influencers. Are they satirical? Or are they an attempt to shift our culture to be more digitally based? As always, we’d love to hear what you think. Tag @boxbeautyco on Twitter to share your thoughts with us.